In what can be easily termed as a landmark collaboration, filmmaker Aanand L Rai and producer Bhushan Kumar have combined forces together to mark the beginning of a long-term association of making movies. After collaborating several times over music, these two successful movie-makers have finally decided to bring their collective strengths together and make movies, which are not only content-driven but are also backed with strong music. 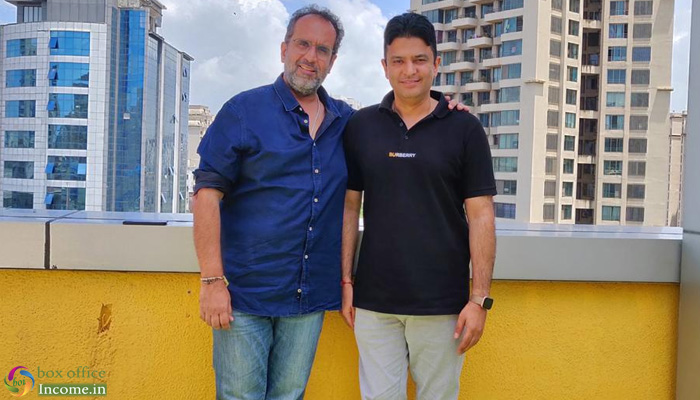 With this goal in mind, and driven solely by their passion for cinema, Aanand L Rai and Bhushan Kumar have already planned several films in the near future, which shall be jointly produced by Kumar’s T-series and Rai’s Colour Yellow Productions.

The much-awaited sequel to the quirky comedy Shubh Mangal Savdhaan – Shubh Mangal Zyada Savdhaan, featuring Ayushmann Khurrana, Neena Gupta and Gajraj Rao, will kick-start Rai and Kumar’s long-term association. Directed by Hitesh Kewalya, just like the first part of the franchise, this stand-alone sequel will also deal with a serious subject in a comic way.

Commenting on this partnership, Bhushan Kumar said, “I had earlier associated with Aanand L Rai for the music of his films – Tanu Weds Manu and Zero. He has a great music sense and now I am delighted to collaborate with him for movies too. Along with SMZS and some helmed by Aanand L Rai himself, we have more projects in discussions.

T-Series has always believed in creating entertaining and eclectic content-rich film for a global audience and with this collaboration with Aanand L Rai, who is a creative visionary and one of the industry’s leading director and producer, we hope to deliver some solid, content-rich and entertaining films. Our passion for music and movies is surely going to make our collaboration successful.”

Adds Director-Producer, Aanand L Rai, “I am excited about our association with Bhushan Kumar and T-Series. I believe they add tremendously to a Film like Shubh Mangal Zyada Saavdhan with their understanding of music and the pulse of the audience. With our combined strengths, we hope to collaborate on scripts that are exciting, empowering and entertaining.”  With many more films in discussions, the power duo shall announce their future projects soon.