After over 27 years at Super Cassettes Industries Pvt Ltd, aka T-Series, Vinod Bhanushali has resigned as the President – Global Media, Marketing, Publishing and Music Acquisition. 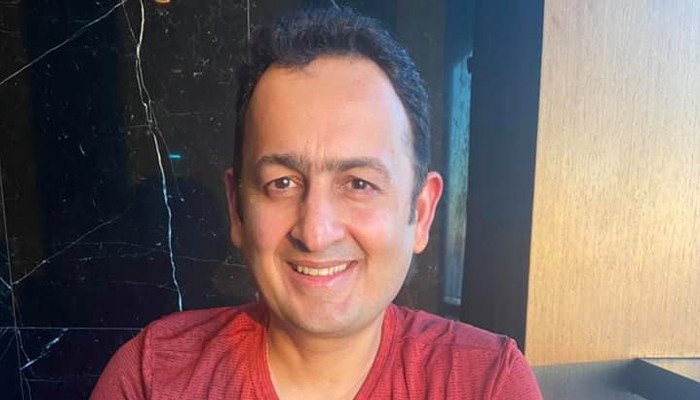 Over the last 27 years, Vinod Bhanushali has been the backbone, the pillar and the catalyst of change at Super Cassettes Industries Ltd a.k.a T Series; and has taken the company from strength. to strength. He has led the marketing for over a 1000 films and has built the company from being one of the top 3 music labels in 1997, to today being established as India’s largest music company, the largest integrated motion picture studio, and creating and building the world’s biggest YouTube Channel with 19 crore subscribers. He has decided to pursue his entrepreneurial dreams, and is setting up a boutique content company which shall create new age content.

Vinod Bhanushali says, “Having literally started my career at T-Series, it’s an emotional moment for me as I leave the company. Whatever I know about music and films, I have learnt it all during my sole long innings in this company. I’ll forever be obliged to my mentor, Shri Gulshan Kumar Ji (my saab) and Bhushan Kumar. Saab, for giving me a platform at T-Series and directing me to perform and grow from strength to strength along with the company, and Bhushan Kumar for leading the company and backing me after saabs untimely departure. But, with every goodbye comes a new beginning.

I’ve always worked like an entrepreneur, taking all decisions which were good for business, growth of the company and also for the people who work there. And BK (Bhushan Kumar) supported all my decisions. I’m excited to start something of my own, which I will announce very soon.”

The Journey So Far…

Starting off his journey with humble beginnings, as a clearing and forwarding agent at the Mumbai Customs Docks, Vinod made a shift to the entertainment business, by joining Sahara Studios as Associate Junior worker. A chance meeting with the Late Shri Gulshan Kumar ji, in November 1994 became a turning point in his life. Gulshanji saw the potential in the young man, and told Vinod to join him on board T Series. The rest, as they say is History.

Vinod learnt everything on the job under the guidance of Shri Gulshan Kumar and forayed into marketing in 1996. His big break was getting the first exclusive film song to play on Channel V — Salman Khan’s “Oh Oh Jaane Jaana”, diversifying T-Series ‘portfolio from folk, devotional and regional music. A year later, when the company’s marketing head quit, Shri Gulshan Kumar entrusted Vinod with the responsibility, even though he (Vinod) expressed his apprehensions that he was handling production and he didn’t have extensive experience in marketing till then.

“Jo banata hai, usse bechna bhi aana chahiye,” Shri Gulshan Kumar told Vinod, adding, “I take the responsibility of grooming you. Now, we will not hire anyone from outside, you’re our homegrown guy and you have the knack and passion to do this.”

They started expanding their Hindi music catalogue and identified and acquired the music of some of Hindi cinema’s landmark films. Fate dealt a cruel blow to Vinod and T-Series on 12th August 1997, in the form of Shri Gulshan Kumar’s untimely death. However Bhushan Kumar, then only 19, took over the company. Under his leadership and Vinod’s learnings and execution over the years, they started rebuilding the company to realise Shri Gulshan Kumar’s vision.

With the digital evolution, T-Series not only started licensing music from 2006, but under Vinod’s marketing expertise, also ventured into publishing and strengthened their digital distribution network. Interestingly, at T-Series, Vinod has been the driving force of two cycles of music. The first was in the cassettes and CDs era with Sonu Nigam’s Deewana and Adnan Sami’s Tera Chehra. And in the digital era, with singers like Guru Randhawa, Jubin Nautiyal and Dhvani Bhanushali whose songs registered over 1 billion views each on YouTube.

Following Shri Gulshan Kumar’s words that ‘Content is king”, they created a huge library of superhit songs. And today, T-Series’ main YouTube channel is the No 1 YouTube Channel in the world with nearly 19 crore subscribers and over 15,000 songs uploaded., which are frequently viewed by the subscribers and music lovers. This achievement is a result of years of handwork of creating and marketing thousands of songs to make them so memorable today. “We know Gulshanji is proud to see T-Series as the No. 1 channel on YouTube today and also the premiere film studio in the country,” reminisced Vinod, who has been an integral part of this journey.

Moreover, Vinod’s role in the company also grew with the changing times. After starting with audio and video cassettes, to successfully foraying into the digital space, he was also actively involved in the movie-production business of T-Series. He was the co-producer on several important and blockbuster films like Kabir Singh, Batla House, Saaho, Thappad and Tanhaji: The Unsung Warrior. Not to forget, having about 45 theatrical releases in three years in the pre-Covid era is also a record feat for anyone in the Hindi film industry. Moreover, he’s also led the marketing and promotion of more than 1000 movies.

A new era is about to begin.