The latest Hollywood movie The Lion King has passed its opening weekend in India on a fantastic note. The Lion King has got an excellent response from the audience throughout the first 3-days of release because to its high dose of entertainment. 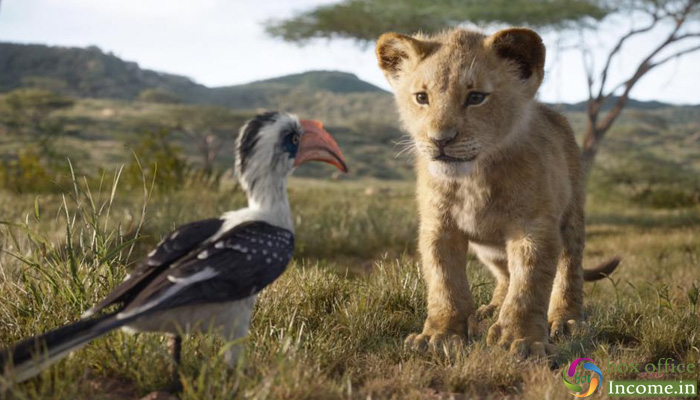 The Lion King is the remake of Disney’s traditionally animated 1994 film of the same name, this new American musical movie has got succeed to entertain all the viewers across the country. As expected it has received mostly positive reviews from the critics and gained solid word of mouth, which is helping it to maintain a strong pace at the box office.

Directed by Jon Favreau, The Lion King opened on a superb note in India with 30-35% of occupancy and witnessed good growth in footfalls over the evening & night shows in metro cities. On Friday, it did the business of 11.06 crores and emerged as the ninth highest opener of the year at the domestic box office.

On Saturday, the movie recorded a healthy growth and minted the amount of 19.15 crores. Then on Sunday due to a public holiday, it picked up well and managed to bag the higher amount of 24.54 crores from 2100 screens including all the versions- English, Hindi, Tamil & Telugu.

With this, the total collection of The Lion King after the weekend has become 54.75 crores nett nationwide. As per current trend, Walt Disney Pictures’ this new presentation seems to remain rock-steady on weekdays and register the business of over 75 crores by this week.