Fans of Akshay Kumar are really excited for his upcoming film, Laxmmi Bomb due to his never-seen-before avatar. And now, the actor has shared the first song from the film, Burjkhalifa. As the title suggests, the track has been shot in Dubai before the gigantic structure. 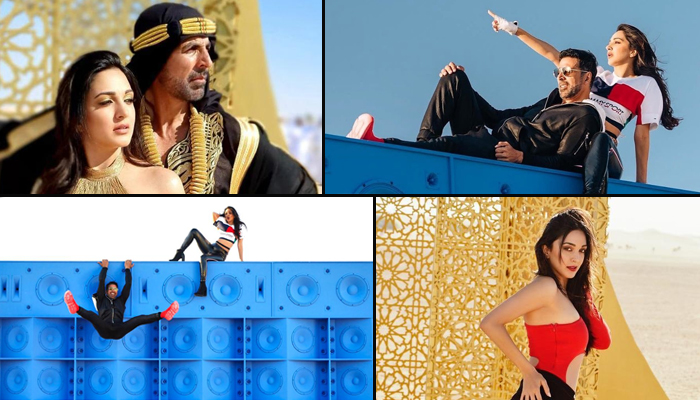 the song has finally been released and without any doubt, it is the anthem of the year. Sharing the song, Akshay took to Instagram and wrote, “BurjKhalifa : Laxmmi Bomb We just dropped the biggest dance track of the year. Get ready to get grooving. Watch #BurjKhalifa, song out now.”

Laxmmi Bomb is produced by Kumar’s Cape of Good Films, Fox Star Studios, and Tusshar Kapoor. The film also stars Ashwini Kalsekar, Sharad Kelkar, Manu Rishi, and Ayesha Raza. It is all set to release on November 9, 2020, on Disney+ Hotstar.

Apart from this horror-comedy, Kumar is also gearing up for films like Sooryavanshi, Prithviraj, Bachchan Pandey, Atrangi Re, Bell Bottom, and Raksha Bandhan. Advani will give her fans films like Indoo Ki Jawani, Shershaah, Bhool Bhulaiyaa 2, and a film with Anil Kapoor, Neetu Kapoor, and Varun Dhawan.

Back on the song ‘Burj Khalifa’, with stunning locales, pulsating beats, and a sizzling chemistry between the Akshay Kumar and Kiara Advani, it’s surely going to cheer you up. Have a look at the song right here: