Superstar Akshay Kumar got nostalgic while filming his forthcoming flick Raksha Bandhan, in Chandni Chowk in Delhi. The actor went for a morning run on the sets of the film at the newly-renovated Chandni Chowk. The actor was born here. He shared a video of himself running on the street and penned an emotional note. 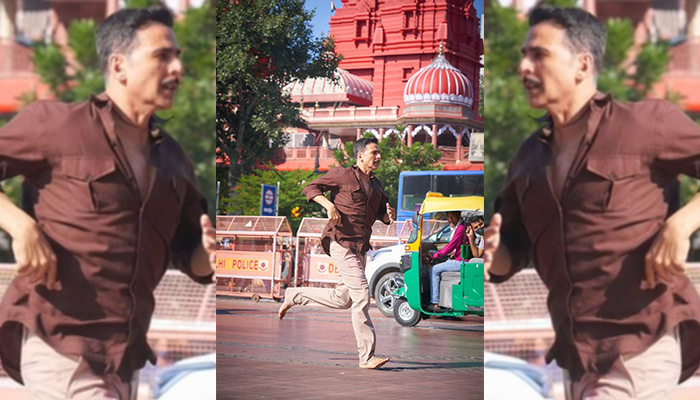 Sharing a video from one of his shots on Instagram, Akshay wrote, “Today’s morning run on the sets of #RakshaBandhan brought back so many memories as it was in my birthplace, Chandni Chowk. And how lovely it was to hear the chatter of the people around, never gets old.”

Directed by Aanand L Rai, the film also stars Bhumi Pednekar in a key role. The team earlier wrapped the first schedule in Mumbai. It is all set to release on August 11, 2022.

Meanwhile, Akshay is all set to be seen on the big screen soon with his much awaited film ‘Sooryavanshi’. The film will hit the theatres in Diwali this year. The film also stars Katrina Kaif, Ajay Devgn and Ranveer Singh in important roles.